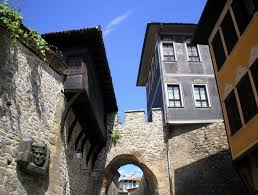 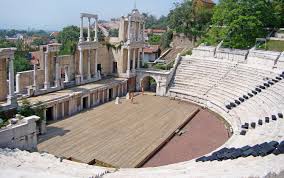 Visit the best Bulgarian sites in just 4 days - the capital Sofia - a vivid and youghtful city ; Plovdiv - the first Bulgarian city elected a European capital of culture for 2019 ; the UNESCO listed Rila monastery - an emblem of the Bulgarian Orthodox church.
Day 1 - ARRIVAL IN SOFIA. CITY TOUR
Welcome to Sofia. Transfer to Sofia center on your own. Check in your hotel after 14:00. At 16:00 we start a comprehensive city tour of Sofia and get to know the highlights of the capital. Among the most impressive sites are the gold-domed Alexander Nevski Cathedral dominating the city, the church of St. Sophia which gave the name of the city, the Monument of Tsar Liberator dedicated to the Russian Tsar Alexander II, the Rotunda of St. George, which is the best preserved Byzantine building, the Russian church st. Nikolas, the ruins of ancient Roman Serdica, the Parliament buildings and some more.
Day 2 - SOFIA – RILA MONASTERY – SOFIA
In the morning we drive to Rila mountains (the highest on the Balkan Peninsula) to see one of Bulgaria’s most visited UNESCO sites – Rila monastery. This monastery is a sanctuary of Bulgarian literature and spiritual life. Founded in the middle of the 10th century by St. Ivan of Rila it played a key role in preserving Bulgarian culture and language during the centuries. We shall see the monastery church with its amazing frescoes painted by the most famous Bulgarian finest artists from 19th c. and the monastery museum housing a rich collection of exhibits connected with the history of the monastery and the spread of Christianity on the Bulgarian lands. In the afternoon drive back to Sofia. Overnight. /B/
Day 3 - SOFIA – PLOVDIV - SOFIA
After breakfast we depart to Plovdiv - Bulgaria’s second largest city. This is a city with millennium old history, contemporary to Troy and Mycenae. It has preserved ruins from Roman, Ottoman and Bulgarian Revival period. During our city tour you will see the Roman Forum and Stadium as well as the Roman theater dating back to the 2nd AD. Visit one of Plovdiv beuatiful Revival houses. Walk along the old town where you will see beautifully decorated houses, ancient fortress walls, revival churches. Drive back to Sofia. /B/
Day 4 - SOFIA DEPARTURE
After breakfast, departure to Sofia airport for your flight back home. /B/

Please contact us if you need a hotel for this trip.
We can offer good prices for 3*, 4*, 5* accommodation in Sofia